These books combine reading flexibility with action packed mystery. Each book is narrated by Upton, a fluffy white Bichon Frise (that’s “BEE-shon free-ZEY”) and his feline assistant, Watson, who guide the Charles family, including pre-teen twins, Alex and Veronica, through many exciting adventure, offering pearls of doggie wisdom and interesting historical facts along the way.  It's pawsitivelyTM  fun! Do you want to visit Upton and Watson?  visit us at YouTube:https://youtu.be/n15fHdj9jA0 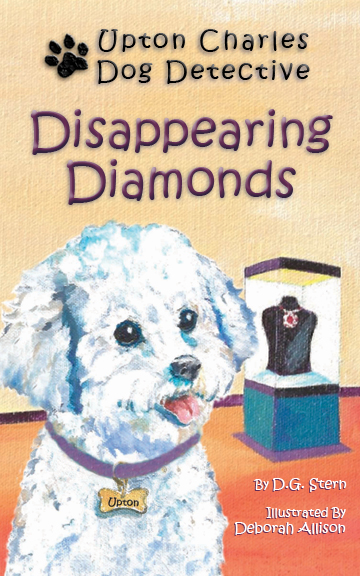 Upton Charles is a lot like you and me. He likes to be with his family, play with his friends and go on nice walks. Except Upton isn’t like you and me…because he is a little white dog, a Bichon Frise (that’s “BEE-shon free-ZEY”).
Upton is also very smart and knows an important clue when he smells one. Our dog detective is recruited to help find the Van Camp diamonds that have disappeared from the local museum.

Join Upton as he sniff out evidence to find a valuable missing necklace in Disappearing Diamonds. 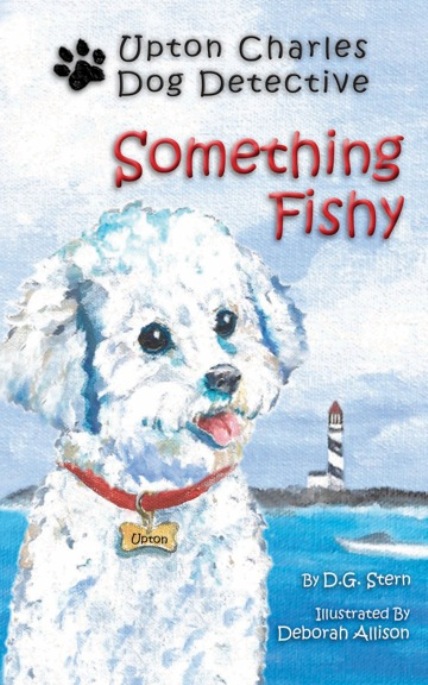 All Paws On Deck!

Upton and the rest of the Charles family are on vacation in a small coastal town in Maine and something VERY fishy is going on. Along with his new friend, Storm, the dog detective discovers an abandoned boat near Shell Light. Upton puts his nose to work sniffing out clues…which lead to the secret of the lighthouse. Our inquisitive canine, a Bichon Frise (that’s “BEE-shon free-ZEY”), helps answer a tricky question: What’s real and what’s fake?

Follow Upton as he gathers evidence and puts together pieces of the puzzle to solve the mystery in Something Fishy. 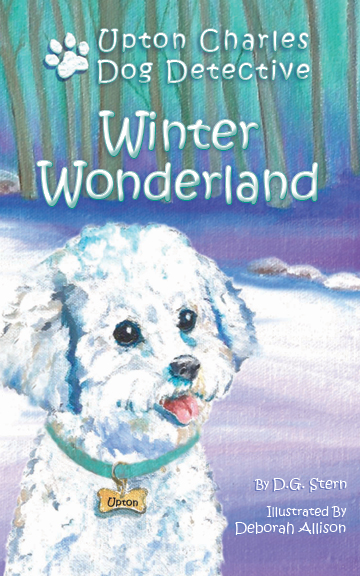 Upton Charles and his family are in New Hampshire for a weekend ski vacation and our canine investigator meets three Saint Bernards. But it would not be an Upton Charles adventure without a mystery. Our sleuth is a Bichon Frise (that’s “BEE-shon free-ZEY”), who is quickly on the trail of a long-lost treasure map, buried gold, and the papers of Daniel Webster.

The fire is warm, but the case is never cold. Come along with Upton as he considers two-hundred-year-old clues to solve the mystery in Winter Wonderland. 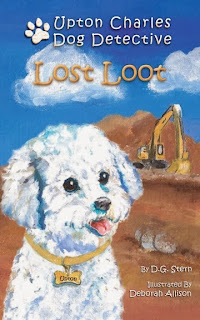 Upton loves to dig for clues, so it’s no surprise that when he and the rest of the Charles family discover some unusual old coins while touring the construction site at the twins’ new school. Our sleuth is a Bichon Frise (that’s “BEE-shon free-ZEY”), a little white dog and he always finds himself in interesting situations. And this time, there is something very familiar about the silver dollars he uncovers. Could they be from a bank robbery?

Come along with Upton as his efforts lead to the discovery of Lost Loot. 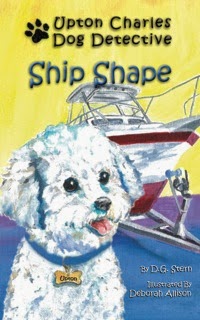 When the Chief of Police calls the Charles family to report that a brand new boat and trailer are missing  from the boat show, Upton is immediately recruited to apply his detective skills to the disappearance. Our super sleuth is a Bichon Frise (that’s “BEE-shon free-ZEY”), a little white dog, who wastes no time in sniffing out clues that lead to a surprising discovery.